Uncategorized by adminPosted March 2 | 7:14 AM

Amazing Grace is currently home to over 100 children between the ages of 2 and 19. This NPO was founded by Ms Busiswe Grace Mashaba in 1989. The home provides a safe space where the children can engage in recreational activities, receive basic medical care, and have access to nutritious meals, often supplemented from their own vegetable garden. It provides a day care centre for the young and facilitates the transporting of the children to nearby schools. Many of the children do not have any identification documentation (as a result of child trafficking) and this prevents them from being able to register at a government school; this heavily administrative task is part of the Amazing Grace’s commitment to helping the children to integrate successfully into the schooling system.

A house was rented at the train station to accommodate the children. In 1997 the organisation was registered with the Mpumalanga, Health and Social Welfare Development under section 30 of the Child Care Act. In 1998 the Centre affiliated with the White River Children’s Welfare Organisation and the Malelane Child Welfare Society was established. In 2002 the name was changed to Amazing Grace Children’s Home (AGCH) and registered as a Non Profit Organisation (NPO 005-937).

During 2004 the District Apostle of the New Apostolic Church, Johan R Kitching, visited AGCH Malelane and was touched by what he saw and experienced. He then offered AGCH the church land at Eikenhof (a small holding) to be utilised as a second home for AGCH to provide shelter for children who are victims of the social ills of our society; mainly within the Gauteng Province.

The homes provide safety, shelter, food, clothing and love to abused, neglected and orphaned children. Some of the children are HIV positive who daily receive their ARVs. Many of the children who have grown up in the homes have gone on to lead happy successful lives.

To provide a place of safety to children from difficult life situations.
To improve the quality of life of children by encouraging them to avoid situations that are potentially harmful to their physical emotional and psychological well-being;
To provide a transitional healthy environment where all their basic needs are met;
To ensure that the basic educational needs of each child are met, while information is gathered to facilitate the long term placement of the child;
To facilitate the process of re-integrating each child in a loving, caring and homely environment;
To follow up and obtain feedback on the progress of the child in the re-integrated environment.
To embark on/support and/or develop programmes that will facilitate the prevention of conditions that will harm the physical, emotional and psychological well being of the children.
To teach each child good and acceptable behaviour; through basic rules and guidelines to adhere to for their own well-being and for the protection of all children, adults and employees at AGCH.
To empower the staff with skills development to become competent community members and also assist in alleviating poverty by creating jobs. 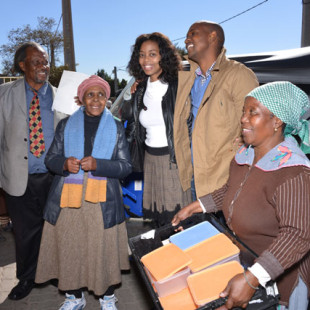 Send some Mothers Day Love to the poor and elderly 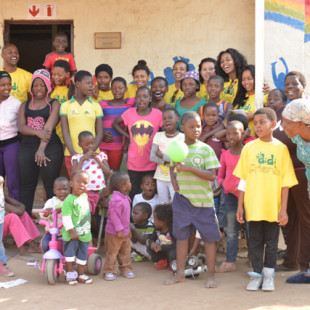